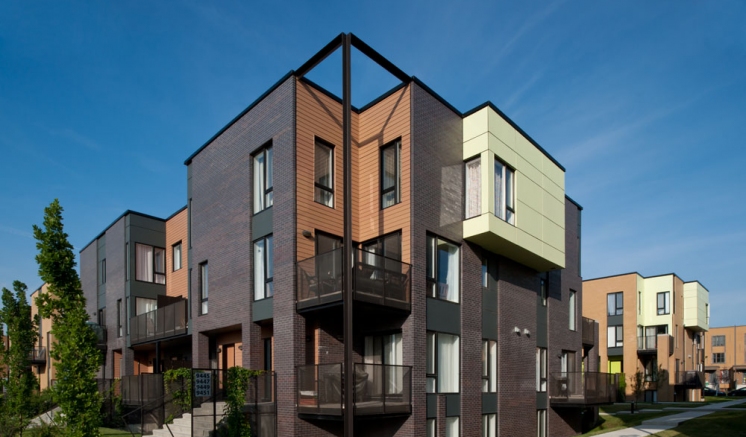 SHDM reaches an agreement with PwC, which was appointed by the Court to liquidate the assets of Construction Frank Catania & Associés inc. et al.

The Société d’habitation et de développement de Montréal (SHDM) reached a comprehensive agreement with PricewaterhouseCoopers inc. (PwC), a firm appointed by the Superior Court for the liquidation of Construction F. Catania and related companies. This agreement-in-principle puts an end to all civil proceedings between the parties with respect to the Faubourg Contrecoeur development and was submitted to the Superior Court today. The agreement, whose parameters were approved by the Executive Committee of the Ville de Montréal at its meeting of May 6, provides for a settlement of nearly 7 million dollars in compensations and land to the SHDM. It also facilitates the settlement of a portion of the claim of the Ville de Montréal with respect to infrastructures, including the completion of infrastructure works valued at about 4 million dollars.

Johanne Goulet, SHDM’s Executive Director since 2012, was pleased: "This is great news! With this agreement, the SHDM will take full control of its housing projects in the Faubourg Contrecoeur and puts an end to all contracts that was legally binding the corporation to Construction F. Catania. Furthermore, this agreement will also end all disputes that slowed down the development of the site in addition to enabling full recovery of the sums advanced for its development." She also made the following statement: "The real winners in this agreement are the residents of Faubourg Contrecoeur who will no longer fear that the development of the project will be hampered by litigations concerning Construction F. Catania." The SHDM will therefore get land and financial compensation that will allow it to act and contribute to the finalization of the Contrecoeur residential project according to its initial development plan.
The SHDM is conscious of the current residents’ impatience to see their living environment completed, which is why it intends to launch the next phase of Accès Condos this fall. The corporation has also expressed its satisfaction of having obtained commitments for the construction of a food market and a seniors’ residence in the foreseeable future. Another gain obtained as part of the agreement is that part of the land bordering the Carlos-Alcantara park will be developed to accommodate a community project such as a school, a childcare center (CPE) or a sports facility, thus responding to the needs of the community.

It should be noted however that the criminal prosecution for fraud against the managers of Construction F. Catania are still ongoing, and that the civil agreement will have no impact on the course of events in this regard. It should also be remembered that it was the SHDM that initially filed suit in this matter and that it has cooperated in the investigation.

Click here for the complete press release (in French).

A meeting will be organized in a few weeks by the borough of Mercier-Hochelaga-Maisonneuve to answer questions and concerns of Faubourg Contrecoeur residents.