The seventh art will soon find a home on Place des Festivals: another step towards the construction of the Îlot Balmoral

The seventh art will soon find a home on place des Festivals:  another step towards the construction of the Îlot Balmoral

Announced last fall, the construction of the Îlot Balmoral entered a new phase as the Ville de Montréal’s Executive Committee officially ratified its agreement with the Société d’habitation et de développement de Montréal (SHDM) and the conditions of the project’s development. Putting the finishing touch to the Place des Festivals with a flagship building, the Îlot Balmoral will offer to the National Film Board (NFB) a prestigious address in the heart of the Quartier des spectacles and a custom designed space for its team and its creators.

Denis Coderre, Mayor of Montréal, underlined: "The Îlot Balmoral embodies the spirit of Montréal as a metropolis of culture and modernity, and is one of the major projects with which we want to mark our city’s 375th anniversary. The project fits perfectly into the Quartier des spectacles by completing the place des Festivals with a strong architectural concept and by becoming the new home address of the NFB, a jewel of our cinematography. In carrying out this project, the SHDM is pursuing its mission of revitalizing Montréal’s territory and supporting cultural endeavours."

Johanne Goulet, SHDM’s Managing Director, added: "This ratification is another step towards realizing a project that is ambitious in terms of architectural design, sustainable development and in terms of its cultural mission - with over 25% of its space designed to house the NFB. As the project’s developer, the SHDM is proud to put forward its expertise in responsible property investment for the realization of such innovative and ambitious projects in Montréal."

The Îlot Balmoral will be built on land owned by the SHDM, next to Place des festivals in the Quartier des spectacles, and bounded by De Maisonneuve Boulevard and De Bleury, Mayor and Balmoral streets. The building will have 13 storeys and will host on its first four levels the NFB’s headquarters and studios in an area of approximately 100,000 ft2. The SHDM is planning to obtain a Gold Level LEED NC 2009 accreditation for this project.

Developed by the Provencher Roy firm, which has received the 2015 Architectural Firm Award from the Royal Architectural Institute of Canada, the architectural concept provides for the four facades to be constructed as "curtain walls" of glass overlooking the Place des Festivals, Mount Royal and downtown. Composed of a basilaire and a tower, the building will have a lobby crossing from De Bleury Street to the place des Festivals.

Sketches of the architectural concept are available in high resolution upon request.

About the Société d'habitation et de développement de Montréal (SHDM)
SHDM contributes to the economic, social and cultural development of Montréal's territory by developing residential, institutional, industrial, commercial and cultural real estate assets. It is a key partner of the Ville de Montréal in the implementation of its policies and the achievement of its objectives. 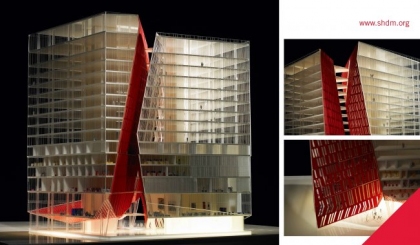 The Ville de Montreal and the SHDM welcome the NFB 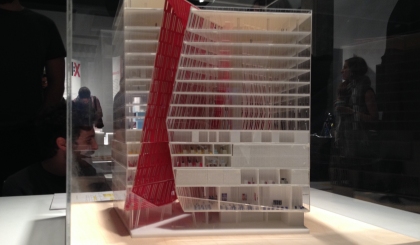 Go behind the scenes and discover how Îlot Balmoral was designed through Provencher_Roy’s 1:X exhibition 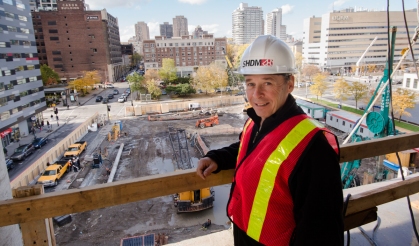 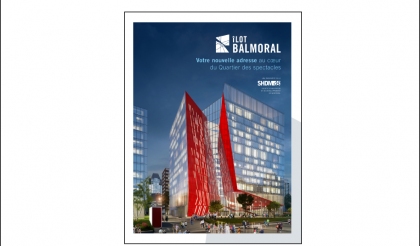